Passages in quotations are Ed’s own words.

The passing of Ed Von Nordeck on December 6 was a huge loss for the rail passenger community – for those who were privileged to know him as a friend and for everyone who values the development and improvement of the nation’s intercity and commuter trains.

I learned from him continuously when at NARP, and happily facilitated honoring him in 2005 with the second John R. Martin Rail Passenger Advocacy Award. As we said then, Ed’s encyclopedic knowledge of the passenger rail business and what is really going on “in the field” has [helped] keep NARP and Amtrak focused on what is important. His wealth of knowledge, his insights into how things can be done better, and the enormous amount of time and energy he devoted to sharing and advancing helpful ideas have benefited countless passengers.

Ed’s lifelong work getting folks onto passenger trains and having fun started in 1950. He assembled a group from the high school senior class to ride the mixed train between Corona and Lake Elsinore – “100 passengers, extra coach.”

In March 1952, Southern Pacific hired 19-year-old Ed at the Los Angeles Reservation office. His passenger rail advocacy work began in 1955 with an unsuccessful attempt to save ATSF’s last remaining Los Angeles-San Bernardino local. He then organized a “farewell” group of 35 to ride the last eastbound local, returning to Los Angeles on The Chief whose conductors welcomed the group into the two sleeping cars.

In August, 1958, he “took Mary Lee on a date on the Farmers Fun Train [Los Angeles-Hemet] that he was assisting on. Her first train trip – not to be her last.” He helped found and became active in the Orange Empire Traction Museum. He was Member 23. Mary Lee was Member 42. Ed and Mary Lee were married December 4, 1958. They devoted much energy to the Museum, for a time as Resident Managers living on the property. They organized many special trains for the Museum.

The Santa Fe asked them to organize public tours to Grand Canyon and other points in the Southwest. “Not to endanger the non-profit status of the Museum, it was decided that general travel tours would be operated by Ed, Mary Lee and Lori (her daughter), so Let’s Travel Tours was born on Memorial Day weekend of 1965 and lasted through May of 2005, specializing in tours of the Southwest and Mexico.” His “timeline of tours and special trains operated by Ed and Mary Lee Von Nordeck” covers 10 pages in fairly small type, not including “the several special trains operated by Great Western Tours to Mexico that Mary Lee was involved with the Food Service.”

Let's Travel was among the first travel agents to sell Amtrak tickets, “since we were well acquainted with the existing Railroad Tariffs, prior to Amtrak issuing its own tariffs. We were honored to be part of the 'Golden Spike Society' for 20 years for our large volume of sales.”

Ed joined NARP in 1967, the year it was formed, serving on the Board 1971-2007. He “worked closely with Amtrak Southwest Division management in observing and providing suggestions for improved service and service levels at stations. This included many hours attempting to reroute the Sunset Limited to serve Riverside and Fullerton. Maintained Amtrak and transit schedule postings at Riverside station.” As recently as 2022, some of the updated Amtrak schedules were linked from the RPA web site after Ed provided them. 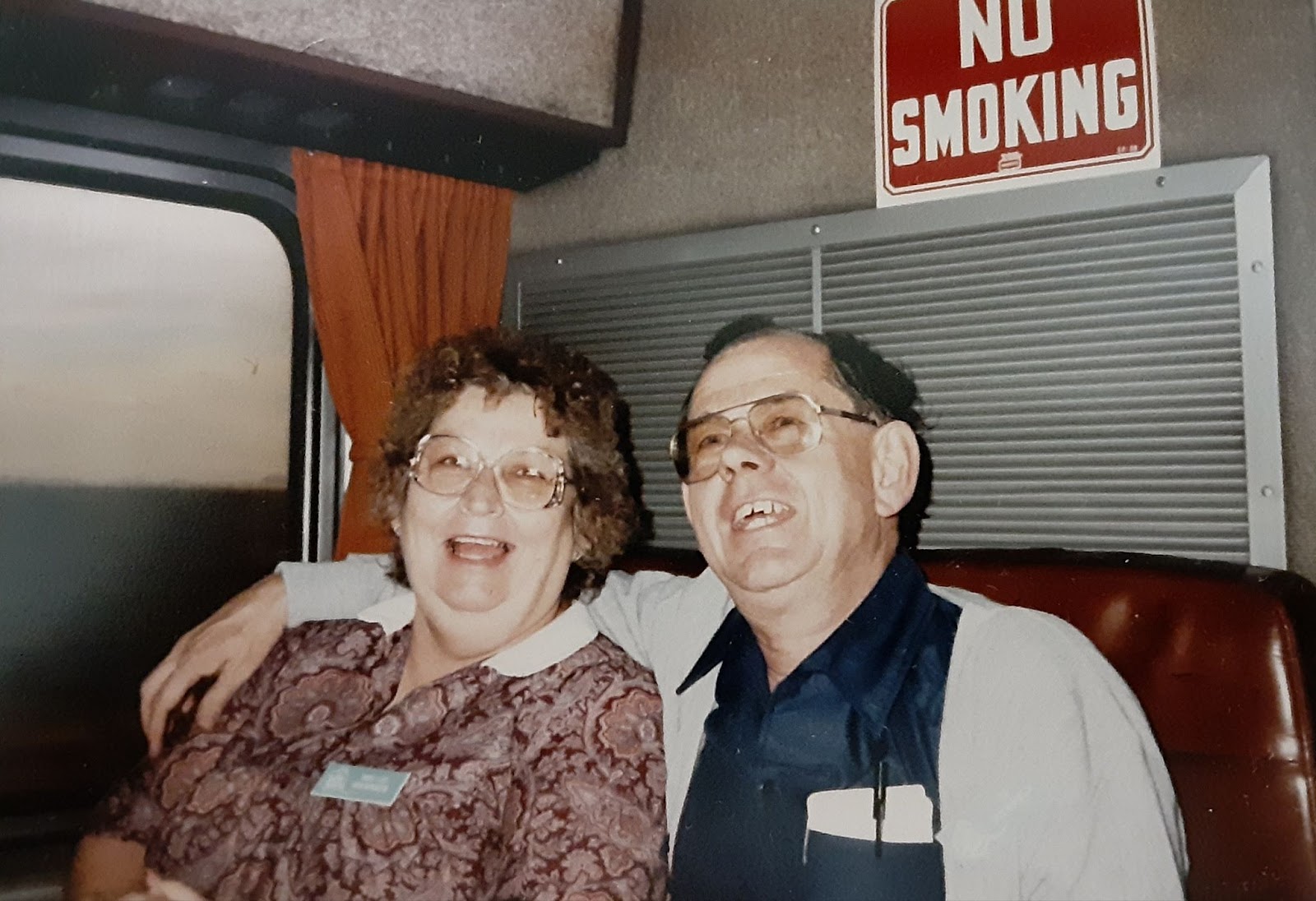 As an Amtrak travel agent, Ed had some access to Amtrak’s Arrow reservations and ticketing system. During the 18 years that the Texas Eagle marketing group (TEMPO) handled Texas Eagle and Heartland Flyer revenue management, he often provided detailed feedback.  Part of the TEMPO sleeping car strategy was a 21st century adaptation of Pullman Company operating practices as explained by Ed.  The local revenue management team welcomed the knowledge of someone who had been a rail tour operator and an observer of seasonal rail travel patterns for decades.

Ed composed a detailed “outline and history of Pullman fares, room requirements and charges for various Pullman accommodations.” His many brief essays covered, among other things

In the countless emails that Ed sent to NARP/RPA, he was careful to note when a particular statement was “not confirmed.”

On my occasional visits to southern California, Ed was a great host, showing me local rail facilities -- the Oceanside-Escondido Sprinter two months before it opened, and Perris a few years before it opened. In 2004, he gave my son Phillip and me a tour of the Pasadena light rail line and got us a San Diego-LA ride in a rear Surfliner cab. My last visit, in September 2019, we looked at major freight yards as well as Riverside/San Bernardino Metrolink facilities. He provided great advice for my 1974 rail trip through Mexico.

Some early Amtrak trains had a second meal car, and some provided early bird dinners with a choice of two entrees and two desserts. “The Los Angeles managers did attempt to provide the Santa Fe type service for a while, however it was only provided at the whim of the Train Manager or Steward.  Varied by passenger count.  This was not efficient for preparation or stocking. Passengers never knew if the service would be provided for their planning of food needs. In later years some of the route managers would provide a meal at your seat, early afternoon, orders taken and delivered by the chair car attendants. This would be a one choice item, such as chicken or slider sandwiches. Family members on the Southwest Chief reported that it was very popular.”

For Amtrak going forward, providing at-seat food service “should not require additional staffing. As conditions allow, move on to an early bird by reservation for a fixed selection afternoon meal in the diner. Table service and demands could see an additional server and kitchen staffing depending upon route and train. Key here is that, regardless of which level of service is provided, the customer can depend upon it, as they travel on various routes and those taking repeated travel.

“The present Cafe menu and stocking do not meet the needs of the coach passenger.  Something more needs to be provided until conditions allow expanded service and menu. But always provide a lower cost early bird fixed entree.”

"Thank you to Jim Mathews and the Rail Passengers Association for presenting me with this prestigious award. I am always looking at ways to work with the railroads and rail advocates to improve the passenger experience."