AND THE WINNER IS…

Over the last couple of months, members of the Rail Passengers Council have been tasked with nominating, and then voting on, a location for our 2023 Fall Meeting. The only direction they were given was on the Council’s "unwritten rule" that dictated the regional rotation of where the meeting would be located. Based on the recent meetings (Denver 2016, Miami 2018, Sacramento 2019, Kansas City 2022) we would be returning to the East Coast. They were not limited to suggesting ONLY an East Coast location, but those would get a higher priority.

During the initial phase, over 20 cities received at least one entry for nomination and a clear top-5 emerged from this list (each receiving the most mentions): San Antonio, TX; Raleigh/Durham, NC; Providence, RI; Buffalo, NY; & Meridian, MS.

After a few weeks, the votes were cast, the results were calculated, and the people have spoken.

I will let our good friend and Mississippi Council Rep Jerome Trahan speak on the winning city from his initial nomination:

"Meridian, MS is a town built by the railroads. Our cultural lineage is cemented as the birthplace of Jimmie Rodgers, (The Singing Brakeman) recognized as the father of American Music. Our transportation roots run still deeper as the hometown of former FRA Administrator, Gill Carmichael and Amtrak Board of Directors chair, John Robert Smith. Meridian’s Union Station was the first multimodal station built with public/private funds in the US and is a model for what an emphasis on transportation can do for a community.

Since its opening in 1997 the station renovation was the catalyst for the rebirth of what is now a thriving downtown. The MSU Riley Center (a downtown jewel) features the Grand Opera House of Mississippi, built in 1891 and positioned as the last stop on Historic Crescent line for theater and musical performances before those troupes terminated in New Orleans. With the station renovation this small MS town has the infrastructure for the eventuality of higher speed passenger travel and extensions of Amtrak service to the west. Just steps from Union Station Meridian is also the home of The Max, the Mississippi Arts and Entertainment Experience. A $60M arts showcase that celebrates the achievements of Mississippians in the arts that have changed the world.

None of this would have been possible without the railroad and makes Meridian the perfect destination to see the benefits of transportation to this county. A new historic downtown hotel (The Threefoot Hotel) also adds to what would be an amazing location for this event."

More details will emerge in the weeks and months to come, so stay tuned to the Hotline & the events page on our website. 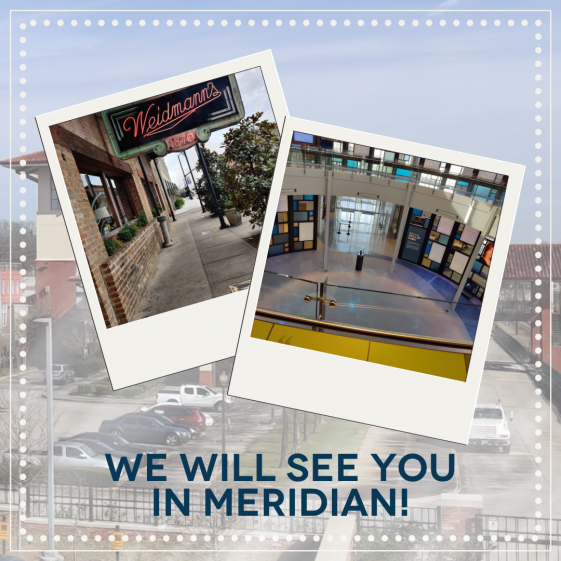 "On behalf of Amtrak’s onboard service staff, I want to thank the Rail Passengers Association for honoring their hard work with this award. The past couple years have indeed been difficult for Amtrak onboard service staff – coping with furloughs and job insecurity, adapting to changing protocols and services, not to mention the unfortunate events such as a tragic derailment and a fatal shooting. Nevertheless, our dedicated members at Amtrak have handled these hurdles with the care, attention and diligence for which they’re known. We thank Rail Passengers for their acknowledgement of our members’ hard work and, as always, look forward to seeing you on the rails."